Had Ahtien learned what she wanted to know? Accomplishing that, had she helped herself to supplies and left? Would the tribesmen attack now that she was no longer there? The list of questions swirled through Kirrin’s brain.

“How long do we wait?” he asked, the simplest question to  answer.

“How long will tracks be remaining?” Ch’hikk answered, remaining clear-headed as usual.

“That’s a good point,” he said, considering the question. “The longer we wait, the harder it could get to follow the tracks.  It would only take one patch of hard dry ground to lose them completely.

At lunch time, Gil began to worry, voicing their own unspoken concerns. “Do you think she has enough water for Hattie?”

“I’m sure she is taking care of the pony.”  Or they are roasting the thing for dinner.

He glanced sideways towards Ch’hikk. “I’ll put my pack together,” he said quietly.

She nodded. “Better waiting a little until sun is passing the the middle of day.”

It was good sense.  No need trekking around in the worst heat of the day. Hopefully that would leave enough time to find her before he lost the light. He had no doubt that she had gone deeper into the hills.  He had no maps to guide him and he wouldn’t know he had stumbled across the enemy until he felt the knife in his back.

“I will be going with you,” Ch’hikk said, surprising him slightly. “Two sets of eyes watching for enemies,” she said.

“That’s probably a good plan” he agreed, grateful for the support. A wave of relief washed over Kirrin.  He’d been prepared to head out on his own, mentally going over the area and trying to imagine the likely routes Ahtien might have chosen. But most of his skills came inside a city.  Sneaking around palaces was a far cry from sneaking across open countryside filled with hostile tribes.

“Being ready at end of second nibbin,” Ch’hikk noted, referencing the tiny third moon that raced across the sky several times each day. The end of the second nibbin corresponded perfectly with that point when the sun would be passing the highest heat.

Nodding, he went to find Gil, who was on his cot, polishing his sword, shaking his head and mumbling to himself occasionally.

“Gil,’ Kirrin called over as he approached.  The man looked up, eager.

“Is Hattie back?” he asked.

“No,” Kirrin shook his head, feeling badly for the man.  When had he become so attached to the creature? “But we’re going to go out and look for them, okay?”

Gil looked visibly relieved, a lopsided smile flickered for a moment. “I know you’ll bring him back.”

“I promised,” Kirrin said. “While I’m gone, you stay close. Don’t go outside if you don’t need to.”  Realizing Gil would probably take him literally, he amended his instructions. “It’s okay to use the latrine.  But pay attention, okay? Practice your sword inside.”

His directions were met with a blink and a nod.

“Good boy.” Kirrin felt like he was praising a willful puppy. “I have to get ready, now.  Okay.  Just remember to stay inside. And do what Zuriat tells you, okay?”

They waited until the Nibbin was dropping towards the hills, a tiny speck of silver light against a pale yellow sky. Then he checked his water bottles again, just to make sure they were safe and unlikely to break or leak. Then he hoisted his pack and they headed down the hill to follow Ahtien’s track. 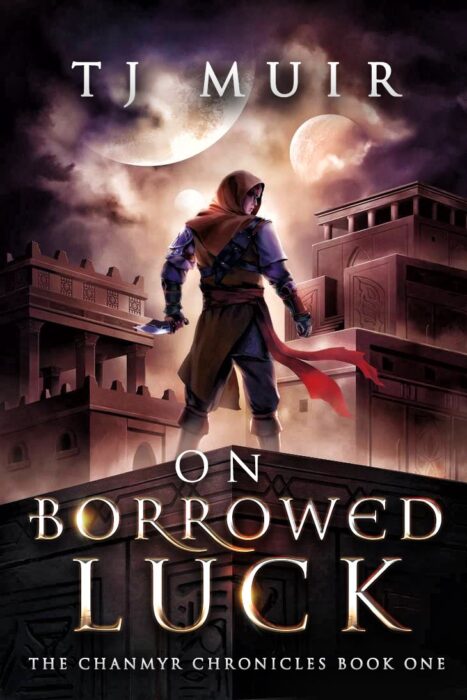